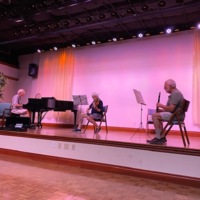 "It didn't feel like the great fit place that we had chosen to spend the rest of our lives. That was the problem, you know?"

"We suddenly became very aware of the administration. It had just been a service unit before, it was something that was running our lives. And it was very hard to accept it at first." 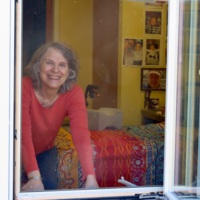 "I think Kendal is very unique. I would say to watch how much everybody on the staff, even more this last year really because of staff shortages--so to see your skilled nurses delivering meals on trays, cleaning off dishes for people, let alone the 10 thousand other things they have to do, medically important things they have to do to sustain people here. I mean the level of caring and giving, the very clear support and determinations given by the top staff to other staff." 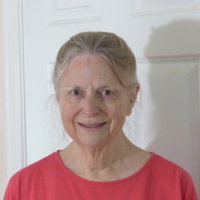 "I wasn’t bombarded with a lot of outside expectations. I had the time in the space to really center and reflect. And so if I say it’s a retreat, I meant more in a sense where you go on a pilgrimage…it was more of a pilgrimage. It wasn’t a running away kind of retreat, it was an opportunity to kind of stop and figure out who I was."

"I think we all have tried to find ways to pitch in because that’s the kind of community Kendal is." 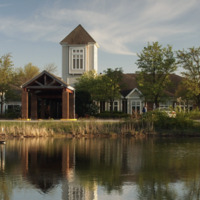 "I sort of knew what was happening, Kendal kept us informed, but it just didn’t sink in. It just didn’t – you know I could never imagine that it would have changed our lives so much for so many months and even into a couple of years now."

“I really don’t know how they did it but it, with Barbara Thomas and Stacey Terell, Michele Tarsitano, and the nursing staff, if ever they had disagreements it was not obvious. They were such a cohesive unit, the administration here, and that certainly built confidence. I was so confident that we were being taken care of better than we would have been any place else. Really, that doesn’t sound possible, but that is really the way I feel." 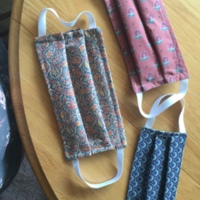 "The biggest problem during the pandemic is how isolated you are. At the end of the day, you go home to your little cottage, and I love my cottage. It's beautiful, and I have everything I need and want. But you know you really are all on your own."

"It’s been very hard for single people. And people who were staff who came in and out and the administration, those people I pointed out to someone, you get to go home every night and see your family and there was no effort made to deal with the fact that people were suffering who were living alone. So that was the hardest thing overall." 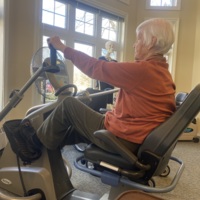 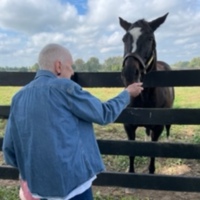 "I just bubbled with my neighbor next door. We used to eat dinner together every Friday evening. And I just felt the need to have a normal–see somebody without a mask (laughs). And talk like a normal person. I sort of felt like not normal anymore."

"I think I was surprised that I did roll with the punches when I went back on everything I’ve been through, I think then I wonder if I still have like a post-traumatic stress syndrome some time down the line when I’m through with all of this. Am I gonna have a crash or something? But so far, I don’t think so? But I don’t know." 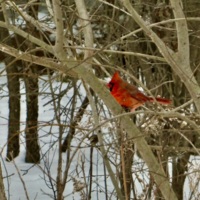 "I think that we had more, you know really meaningful access to other people than most people did. Because there were at least 15-20 people that I could go for walks with. Like that (snaps fingers). And I did!"